Property comes back into focus

The truth is that the UK property market has held up pretty well over these past few years. The broad national house market has shown consistent year on year growth, ending up 2.2% in 2019. Meanwhile prime central London has seen a material adjustment, on average prices are off 20% from their high of summer 2014, but this was far from the collapse that some argued would happen and also disguises real strength in certain sectors.

Looking at where London sits globally, the likes of Julius Baer now place the city at the bottom of its cycle. 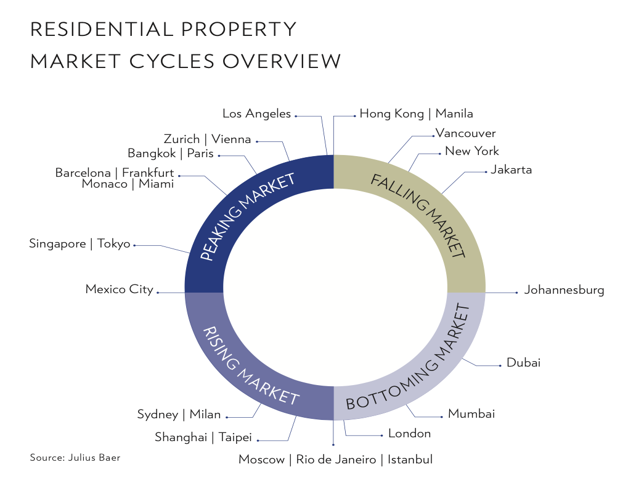 One of the more amusing, and accurate, articles recently was an agent commentating on ‘angry buyers’. These are basically would-be buyers who have been watching the market over the past few years waiting for and predicting a collapse. Over that period choice remained stubbornly limited, exacerbated recently by a flurry of activity, and now those softened prices are hardening as sellers’ confidence takes hold.

Sellers too can show their frustration. One extreme example was a property placed on the market in late August at £2.995m. The agent had eight offers leading to two at full asking price in December. The owner then sacked the agent claiming they had undervalued it, somewhat unfair as all evidence would suggest they had not. It did rather illustrate that good property at fair value tends to get snapped up when the circumstances are favourable.

The top end leads the recovery

As far back as September there was a stirring at the very upper end. A number of deals were teed up in October/November with an exchange delayed until after election day. The most eye catching was the very recent deal on the £200m house at Rutland Gate, Knightsbridge. Sales in the two high profile Grosvenor Square schemes (prices in excess of £6,000 psf) have motored recently, as is the case at Chelsea Barracks and Mandarin Residences at Hanover Square (£4,000- £5,000 psf), the latter seeing a couple of multi-unit block deals.

The more real world of £2m to £5m has started to kick back into life as well. We have had to tell one client who was over in early December that 3 of 5 on a short list of properties between £2m to £3m have been agreed. The lower brackets have remained pretty healthy despite the political backdrop but the available choice of good one beds sub £1m or two beds & two baths around £1.5m is next to nothing.

Sometimes the evidence is less about what agents are saying but what they are doing. In the past couple of years we have seen share prices collapse at the likes of Countrywide, the UK’s largest group. More recently it has been reported that Chesterton and Winkworth have seen sharp spikes in their share values as activity returns to the market.

Some agents are getting ahead of themselves in predicting a booming market. With the headwinds in the global economy and the political sensitivity surrounding property, we take a more measured view. Suffice to say, the future looks bright and property is back as an appealing proposition.

More recently, when it comes to selling our client properties, we have taken control of the process.

We had a great result on the sale of a South Kensington flat we had bought for clients back in 2001 for £620,000. They used the £2.365m to buy in the country. We like to extol the wonders of London but couldn’t help agree that the very pleasant view they had…

… was somewhat improved to 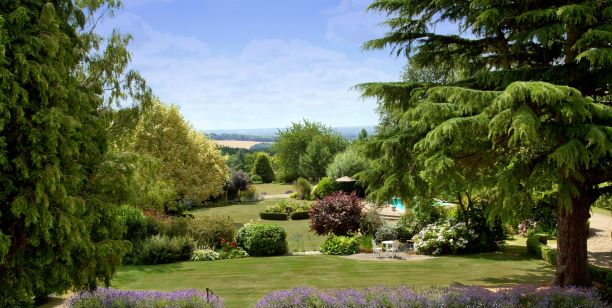